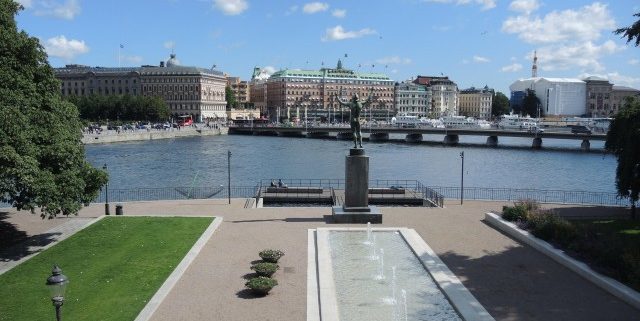 The Baltic Sea is the most popular summertime cruise destination in Europe. All the major cruise lines offer varied itineraries that enable guests to explore the shores of this northern sea, with some itineraries starting or ending in Copenhagen, Stockholm, Amsterdam or London. Itineraries can be as short as one week or as long as two weeks depending upon the ports of embarkation and termination.

The Baltic Sea is essentially a sheltered body of water, having only one outlet between Denmark and Sweden – the Øresund. This narrow strait, which has always been of strategic importance, is the sole natural entrance or exit from the Baltic, augmented since the early 20th century by the Kiel Canal through the Schleswig-Holstein region of northern Germany. There are many advantages to cruising the Baltic Sea during the summer months:

The major disadvantage is the large crush of summer tourists, but this is also true of most locales in Europe. Major sites in the more popular ports of Saint Petersburg and Tallinn can sometimes have a cheek-by-jowl feeling.

Which cruise line to choose is a question that is difficult for many first time cruisers to answer. Price is a factor for some while others are looking to get the greatest number of ports of call crammed into the itinerary as possible. My recommendations are:

Looking through the main gate into Old Town Tallinn, Estonia

When in each Baltic port, I recommend the following touring options to maximize your time and give you the best experience possible:

The iconic Church of Spilled Blood in Saint Petersburg, Russia

Also take advantage of the time you have ashore to try some local cuisine. In the Baltic Sea region, food freshness and quality standards are high and the manner of cooking is palatable to western tastes. There is a great emphasis upon fish and other seafoods. And desserts are some of the finest you will taste in all of Europe.The fisherman’s harbor in Copenhagen, Denmark

Now is the time to give serious consideration to taking a Baltic Sea cruise during the summer of 2016, as cruise itineraries are published and bookings are in the process of being made. These cruises often sell out during the winter months since this is such a safe and popular part of the world in which to cruise. My final recommendation is simply to prepare now and then enjoy when the time comes.

Cruising The Fjords of Norway